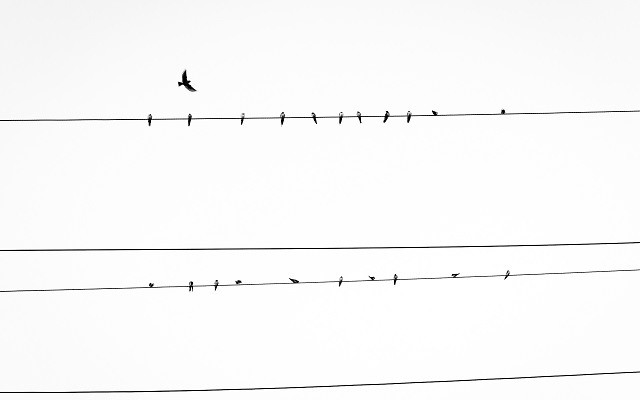 In the past weeks, we have seen the work of some truly hard fought student divestment campaigns come to fruition.

Following three years of campaigning and upping the ante at King's College London, the university committed to divest all of their fossil fuel holdings by 2022. The student action taken, which involved escalation not only in the form of an occupation but also a hunger strike by one of the activists, was incredibly inspiring and displays how direct action is often necessary to achieve a victory at our institutions.

This announcement came the day after Bristol announced they were divesting from coal and tar sands, and that they had already shifted £3 million into “companies which enhance the environment and life of the communities in which they operate.” Without the three years of tireless efforts by student campaigners, this crucial change would not have happened - which displays the power we have when we work as a collective towards a shared aim.

Both of these announcements come a week after Sheffield revealed, through their fund manager Sarasin and Partners that they had already divested approximately £937k from coal and tar sands companies, and reinvested that money into renewable energy infrastructure companies.

Off the back of these amazing announcements questions around where reinvestment should be focused come into the conversation.
As Michael Kind’s (Development Officer at Sheffield Students’ Union) blog highlighted, “one of the barriers that has proven particularly difficult to overcome is that energy systems are controlled in incredibly hierarchical ways. In effect, this means that the CEOs who profit from fossil fuels are able to perpetuate their dominance and distribution, while the masses have little influence yet by and large face their diverse destructive impacts.”

And sadly this is one of the issues that we still face when reinvesting into large scale renewable corporations. Not only are they based within the same system of control, where profit remains the focus, but some have also been complicit in land grabs from indigenous communities, in an echo of the fossil fuel industry’s colonial behaviour. Clearly, this isn’t what we want when we are pushing for a radical new way of organising society.

So how do we overcome this?

Well, we seek to place the power back into the hands of people. And we mean that literally.

What I am about to consider is a two-pronged approach to reinvestment, which not only considers where we reinvest, but how we do so.

And at our educational institutions we can go even further than this by considering how this decision is taken – how do we democratise our institutions as we take these decisions?

We place reinvestment choices directly into the hands of students.

In 2016, Linacre College (Oxford) took 1% of their endowment portfolio and opened it up for students to decide how to invest. A student-led ethical investment committee was set up, tasked with exploring ethical and local investment opportunities. A couple of ideas were then proposed and after an exploration of their feasibility and due diligence, both the Finance Committee and the Governing Body signed off on reinvestment into the Oxford Low Carbon Hub. Whilst this was not a divestment from fossil fuels, their creative idea can be applied to this context and could form a fundamental part of how decisions are taken over where to reinvest funds committed to divestment.

This opening up of the endowment could be applied in tandem with a ‘Participatory Budgeting’ style of decision-making, where people vote on where a pot of money should be allocated. In 2015, Lancaster University Students’ Union used this, acknowledging that the student body did not have a say over how money is spent on their behalf - be that the University's surplus or, in some cases, the Union's budget. They accepted ideas from the student body of how to spend a portion of their budget, and during elections put the ideas out to a vote – with bookable megaphones coming out on top!

To apply this to reinvestment, students submit ideas (the viability of which would have to be explored), and then it is put out to a vote. This pot of money could be the entire endowment of the university, part of the endowment, or even just the amount divested from fossil fuels. It’s a simple but effective way for students, or even the entirety of the university community, to be involved with decision-making.

‘Participatory Budgeting’ is a tried and tested successful process, as seen above, and has already been used by Local Authorities deliberating on where to allocate funds. In June 2016, for example, Maybole, in South Ayrshire, Scotland, voted on how a £20,000 pot of money should be spent in the local community.

As one of the major driving forces behind the divestment movement is energy democracy, the redistribution of control over energy resources into the hands of the masses rather than the current concentration of it in the higher echelons of society, is an end to be pushed for. By allowing students to create a committee and consider submitted ideas of where ethical investment could take place, and then opening this up to the vote, universities would truly be conceiving of students as partners in the decisions they take - rather than as the passive consumers they are too often presented as.